October 16, 2020 Comments Off on Gestetner Press Conference Regarding COVID-19 Rhetoric on Orthodox Jews

Yossi Gestetner on How Jews Celebrate Holidays as COVID-19 Rises

October 12, 2020 Comments Off on Yossi Gestetner on How Jews Celebrate Holidays as COVID-19 Rises

Gestetner Speaks About Attacks on Jews in Orange County, NY

September 5, 2019 Comments Off on Gestetner Speaks About Attacks on Jews in Orange County, NY

Yossi Gestetner Sits Down With PIX11 for a Discussion About Measles

Yossi Gestetner Featured on the Cover of Ami Magazine

Ami Magazine, one of the leading weekly magazines in the Jewish community, featured Yossi Gestetner on the cover of its August 15, 2018 issue: 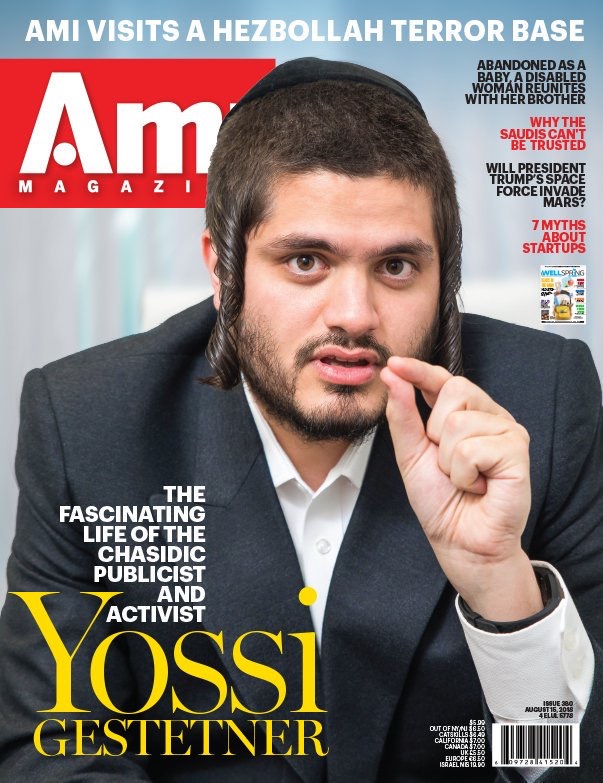 Political operative Michael R. Caputo recounts in Politico how he saved a candidate from being scammed by Sacha Baron Cohen. Caputo had his suspicions and, “In the end, I ran the pitch by Yossi Gestetner, one of the smartest public relations guys in New York City. (He had created a pivotal 2016 Trump Tower meeting for President Donald Trump with Jewish media leaders right before the New York State Republican primary.) He knew everybody and he certainly could help vet this invitation. Gestetner made a few calls, checked it out and reported back that he couldn’t tell us much either way. He was skeptical that there wasn’t information out there about Yerushalayim TV in Israel, either. That tore it; we took a pass. Later, Gestetner tipped me off that Yerushalayim TV was one of many fronts for Sacha Baron Cohen’s production company.”